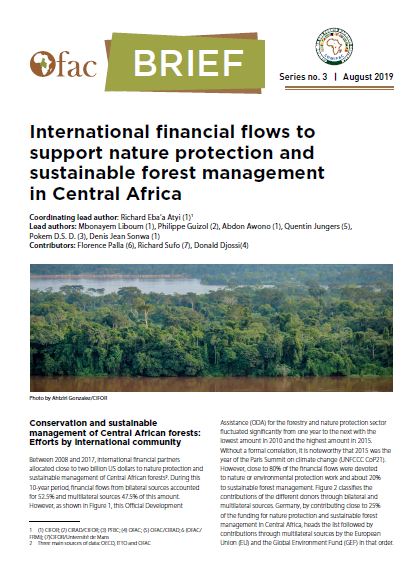 This publication analyses the funding flows over the last decade in support of nature conservation and sustainable management of the Congo Basin, presents various themes covered by the current financing and identifies possible imbalances. 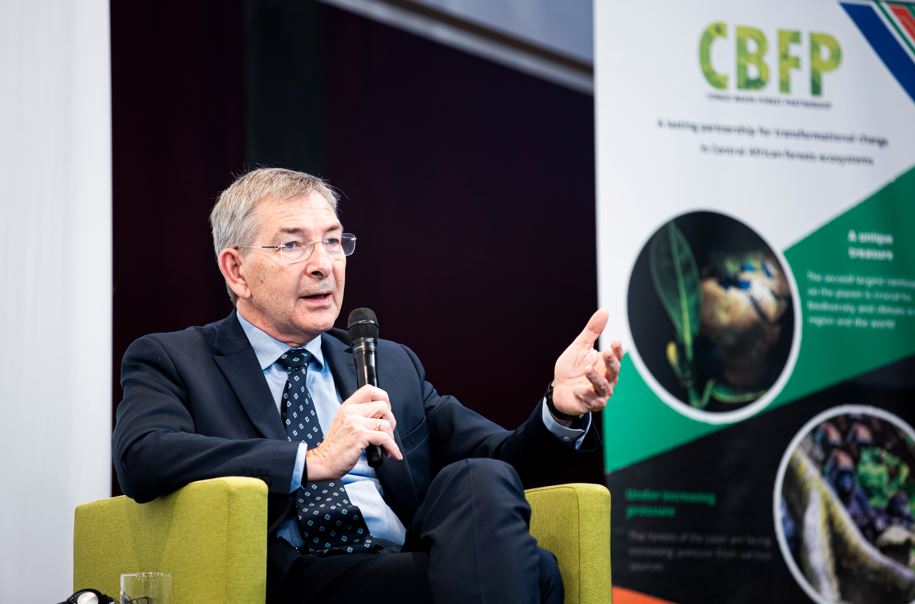 Publication of the Study Package: Letter from the CBFP Facilitator

I want to thank the authors for their dedicated and high-quality work that went into the production of these studies, as well as UNIQUE consulting for their tireless and engaged support, which made all of them possible. The studies provide valuable and urgently needed insights into some of the most pressing issues in central African forest policy. But they also show up opportunities and solutions for the future of the beautiful tropical forests of the Congo Basin, which are of such immense value, as the second great green lungs of the world, to all of humanity

Read more … Publication of the Study Package: Letter from the CBFP Facilitator

Sub-regional forum of traditional chefferies and local actors of the transfrontal transhumance in favour of the construction of a dialogue (Nigeria, Central Africa, Chad, Cameroon), Rey-Bouba (Cameroon) from 25 to 28 October 2021

The GIZ Support Project to the BSB YAMOUSSA complex, in collaboration with the Lamidat of Rey Bouba, proposes to organize a sub-regional forum of direct local actors of transboundary transhumance and traditional stakeholders from the grassroots communities, with a view to exchanging, sharing experiences and reflecting on the construction of dialogue in favour of a peaceful transhumance.

Read more … Sub-regional forum of traditional chefferies and local actors of the transfrontal transhumance in favour of the construction of a dialogue (Nigeria, Central Africa, Chad, Cameroon), Rey-Bouba (Cameroon) from 25 to 28 October 2021

In this letter to the Slovenian and French Presidencies of the EU, 42 civil society networks and organisations from countries across Africa, Asia, Europe, and South America call on the European Union (EU) to strengthen support to the Forest Law Enforcement, Governance and Trade (FLEGT) Regulation and its Voluntary Partnership Agreements (VPAs), the EU’s key legal instruments to fight illegal logging, and the associated trade.

This is a second polite reminder to let you know we are conducting an anonymous evaluation funded by the World Resources Institute (WRI) of forest monitoring information and tools, and their usefulness, with a particular focus on Global Forest Watch (GFW), and stakeholder perspectives. 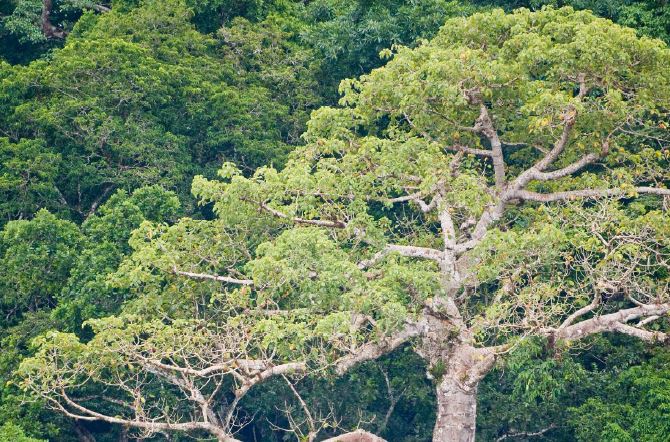 Protecting the forests of the Congo Basin: Synthesis report of studies conducted during the German Facilitation of the CBFP in 2021

...In addition to this effort at the global policy level, the facilitation commissioned six thematic studies related to specific opportunities and challenges for the forests of the Congo Basin and the people who depend directly on the products, biodiversity and ecosystem services the forests provide. The six studies and a policy brief for each study were prepared between December 2020 and August 2021. They focus on the following topics...

Read more … Protecting the forests of the Congo Basin: Synthesis report of studies conducted during the German Facilitation of the CBFP in 2021 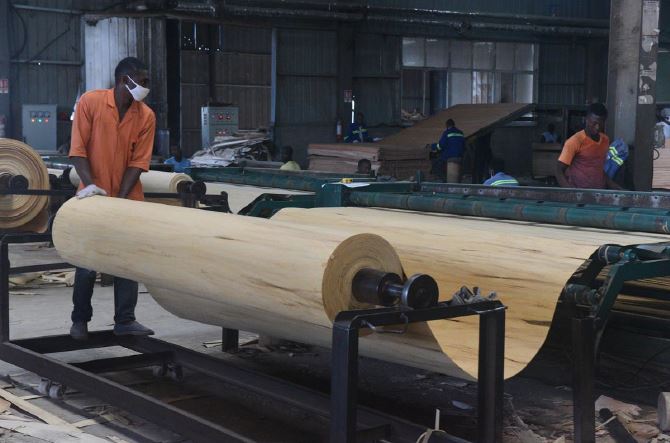 Advancing Sustainability in China´s Engagement in the Congo Basin - CBFP

Over the last 10 to 15 years, China has increasingly taken note of the potential environmental and forest impacts of its overseas trade, investment and other economic activities. However, timber trade between China and Africa has so far not met the requirements of international legality and sustainability standards. Furthermore, China is highly involved in investment and construction of infrastructure projects that may have caused forest conversion due to a lack of comprehensive, effective management measures and a lack of environmental impact analyses. 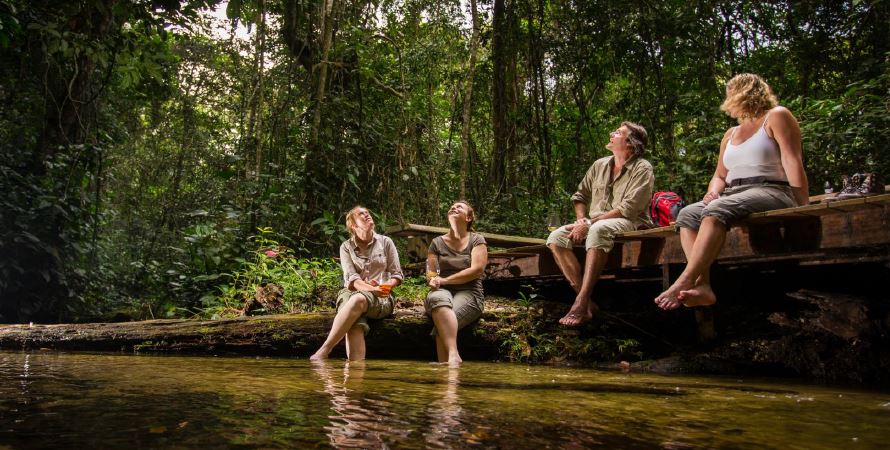 Tourism in the Congo Basin Rainforests: How to accelerate tourism and make it regionally sustainable- CBFP

This study was performed with the intent of understanding the challenges to developing eco-tourism in the Congo Basin, and of identifying actions and recommendations to overcome these challenges. A background study of the existing literature, research articles, reports and national strategies (where available) was performed to ascertain the political strategies and academic understanding of ecotourism in the region.

Read more … Tourism in the Congo Basin Rainforests: How to accelerate tourism and make it regionally sustainable- CBFP 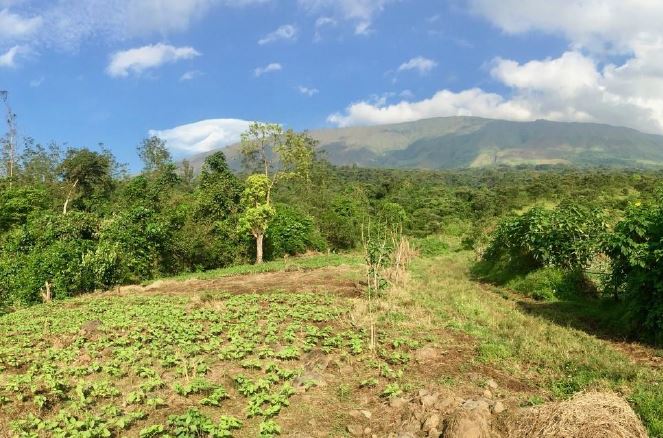 The role of land use planning in Central Africa - CBFP

Conclusions and outlook: Adapted local LUP processes can serve as a foundation for securing tenure, reducing social conflicts between external and local actors, or even within forest adjacent communities meeting the SDGs, implementing REDD+ and operationalizing the many commitments to zero deforestation commodity production.

The Dynamics and Impacts of Transhumance and Neo-Pastoralism on Biodiversity, Local Communities and Security: Congo Basin - CBFP

This study was carried out to shed light on issues related to this activity and provide basic knowledge of various aspects relating to livestock rearing, neo-pastoralism and unsustainable transhumance. The study area covers the Sudano-Sahelian region of Africa – specifically, the area stretching from the northern fringes of the Congo Basin (Cameroon, the Democratic Republic of the Congo and the Central African Republic) and the south-eastern part of the southern Lake Chad Basin, namely the Sudano-Guinean savanna mosaics. The methodology adopted was to collect data from various sources, including from key stake-holders and literature review.

Read more … The Dynamics and Impacts of Transhumance and Neo-Pastoralism on Biodiversity, Local Communities and Security: Congo Basin - CBFP 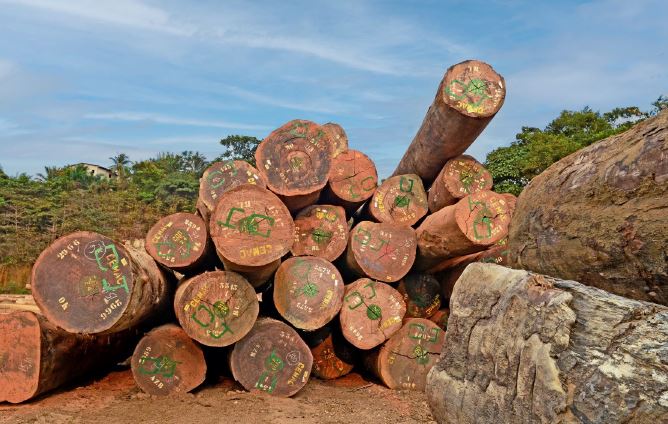 Promoting sustainable value chains in the Congo Basin: An analysis and set of recommendations based on three case studies in producing and importing countries – CBFP Study

The first case study is dedicated to the spectacular policy announcement by Gabon that it would make FSC timber certification mandatory from 2022 onwards for all concessionaires willing to keep operating in the country. Such certification is relatively advanced in Gabon and this unprecedented policy stands as an intriguing and promising example in the region. The second case study relates to a prominent approach that has emerged and grown over the last decade, namely corporate zero-deforestation commitments. This is complementary to the first case study as it refers to a process initiated by the private sector itself, and we apply it to the oil palm sector in Cameroon. For the third case study, we move to the importation side of things with the most advanced policy effort to take action in consuming countries, namely the French National Strategy against Imported Deforestation (SNDI).

Read more … Promoting sustainable value chains in the Congo Basin: An analysis and set of recommendations based on three case studies in producing and importing countries – CBFP Study

Current State, Barriers and Perspectives for REDD+ in the Congo Basin - CBFP

The report draws on a thorough review of the available literature. It is complemented by 21 semi-structured anonymous interviews with key REDD+ experts. The authors conducted the interviews between November 2020 and February 2021. Interview partners include represent-atives of Congo Basin countries, donor states, academia, NGOs and independent technical experts. Instead of going to lengths in elucidating the entire range of options for reducing deforestation and forest degradation, the study report lists concrete courses of action which might be pursued in the future.

Replenishment ambitions, IUCN highlights, and updates from across the partnership | October 2021 Newsletter 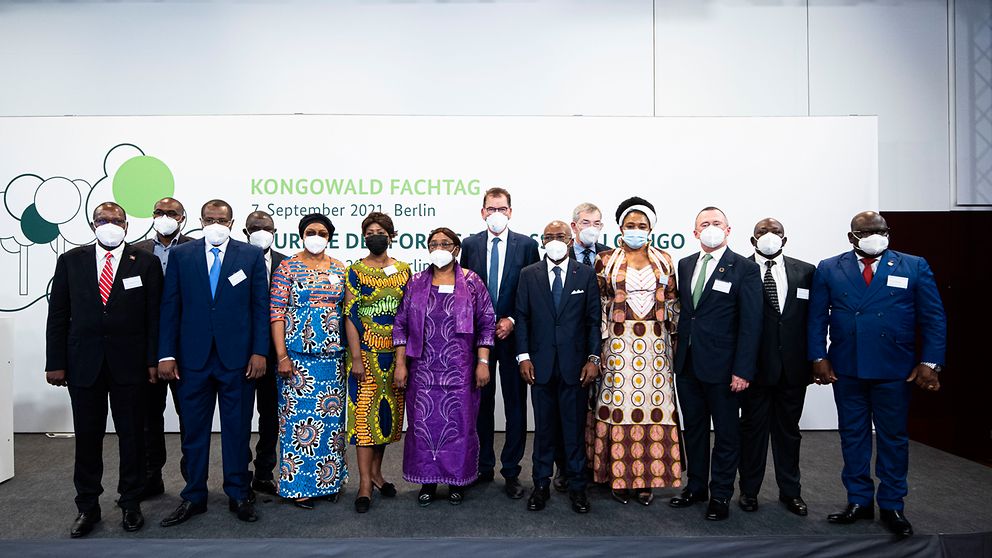 Calling for a « Fair Deal » for the Congo Basin and its vicinity, Berlin, Germany…

Berlin, Germany, 07 September 2021 - Congo Basin Forests Day: Presenting the Statement, Common Position on a "Fair Deal" for the conservation of tropical forests and signing of a Memorandum.

Read more … Calling for a « Fair Deal » for the Congo Basin and its vicinity, Berlin, Germany… 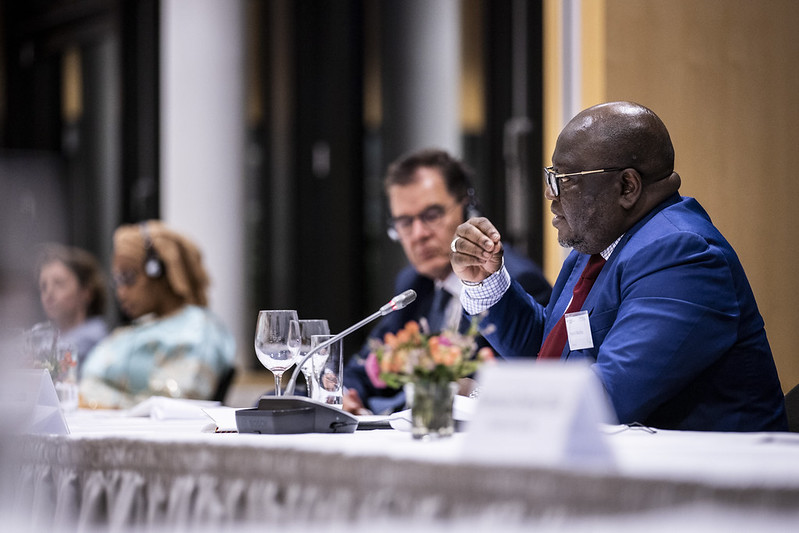 AGN-AMCEN: Preparing for Africa's participation at COP 26 in Glasgow

Africa's priorities within the African Group of Negotiators on Climate Change (AGN) were set out in July 2021 just after the Bonn Climate Conference (UNFCCC inter-sessional). These priorities are as follows...

UN Climate Change News, 17 September 2021 – UN Climate Change today published a synthesis of climate action plans as communicated in countries’ Nationally Determined Contributions (NDCs). The NDC Synthesis report indicates that while there is a clear trend that greenhouse gas emissions are being reduced over time, nations must urgently redouble their climate efforts if they are to prevent global temperature increases beyond the Paris Agreement’s goal of well below 2C – ideally 1.5C – by the end of the century. 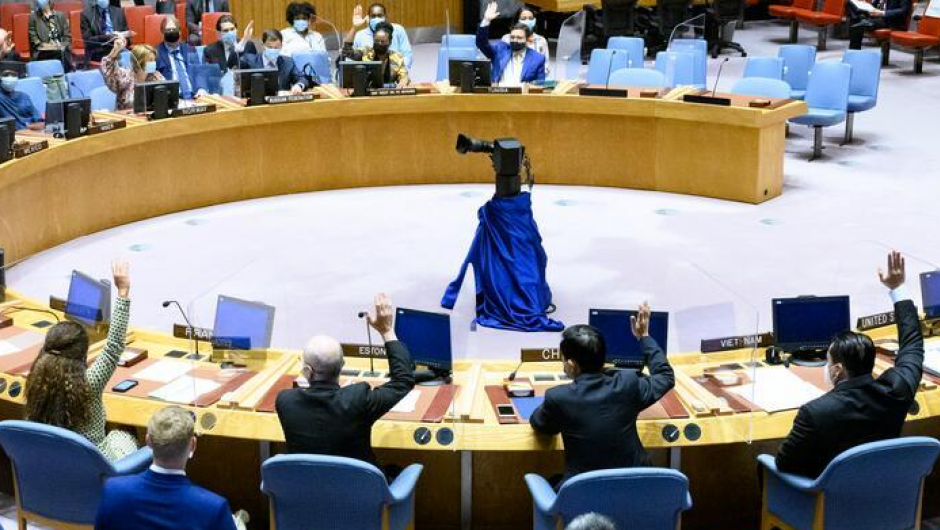 UN Climate Change News, 5 October 2021 – Faith leaders representing the world’s major religions yesterday joined scientists at the Vatican to call on the international community to raise their ambition and step up their climate action ahead of the UN Climate Change Conference COP26 in November in Glasgow. Almost 40 faith leaders signed a joint Appeal, which was presented by Pope Francis to COP26 President-Designate, the Rt Hon Alok Sharma, and the Italian Minister for Foreign Affairs, Hon. Luigi Di Maio.

Invitation to participate in a study about Global Forest Watch

Dear Stakeholder. We are conducting an anonymous evaluation funded by the World Resources Institute (WRI) of forest monitoring information and tools, and their usefulness, with a particular focus on Global Forest Watch (GFW), and stakeholder perspectives.