WASHINGTON, Dec 10, 2020 — The World Bank Group today made several announcements in line with its ongoing support to help developing countries address climate change and adapt to its mounting impacts. 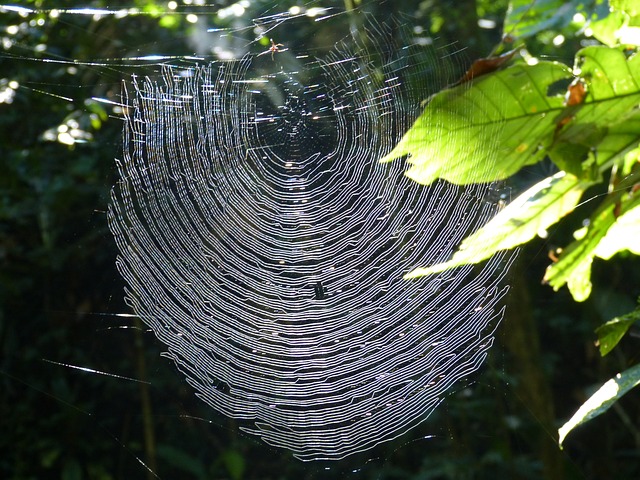 "The Minister does not allocate new forest concessions", reacts the Minister of the Environment who reminds that the law establishing the Forest Code “provides for the procedure to strip a concessionaire of his rights. (Articles 114 to 116).”

New illegal forest concessions in the DRC: the Environment Minister has done it again – Greenpeace

Kinshasa, February 11, 2021 – Greenpeace Africa calls on the President of the Democratic Republic of Congo, Félix Tshisekedi, to order the immediate cancellation of four illegal forest concession contracts signed last June 11 by the Minister of Environment and Sustainable Development, Claude Nyamugabo. Greenpeace Africa calls on the public prosecutor to open proceedings.

The first UNEP synthesis report is titled: “Making Peace With Nature: A scientific blueprint to tackle the climate, biodiversity and pollution emergencies” and is based on evidence from global environmental assessments.

Making Peace With Nature: A scientific blueprint to tackle the climate, biodiversity and pollution emergencies – UNEP

The report flags the interlinkages between our environmental and development challenges and describes the roles of all parts of society in the transformations needed for a sustainable future.

Read more … Since 2013, ATIBT has implemented a major program to involve the private sector in FLEGT, REDD+ and certification processes. This program is currently coming to an end after 7 years of implementation in 5 countries.

The workshop held from 02 to 04 February 2021 comes after the "second CBFP Civil Society Day" organized on 10 December 2020 in Kinshasa with the support of the German CBFP Facilitation.

Sustainable Cooling in Support of a Resilient and Climate-Proof Recovery

To inspire and support these actions, the Cool Coalition and the Climate & Clean Air Coalition have developed a brief that outlines shovel-ready strategies, best practices and case studies from around the world.

From 2 to 4 February 2021, the auditorium of the French Institute of Cameroon in Yaoundé hosted the fifth edition of the "COP CHEZ NOUS" organized by the Association Jeunesse Verte du Cameroun (AJVC) which runs the Technical Secretariat of the Central African Youth Network for the Sustainable Management of Forest and Wetland Ecosystems (REJEFAC).

Highlights and images of main proceedings for 11 February 2021 – IISD

A study by the University of Wolverhampton’s Centre for International Development and Training (CIDT), has revealed that global climate goals and livelihoods of forest communities are at risk due to increased illegal logging in the forests of the Congo Basin.

Capping a year that was one of the three warmest on record, the UN Environment Programme (UNEP) released its fifth Adaptation Gap Report, finding that although many nations have advanced in adaptation planning, developing countries face a significant gap in adaptation finance.

New Master in Wood Sciences at the Faculty of Sciences of the University of Montpellier, with a focus on tropical wood - ATIBT

The first school year of the Master of Wood Sciences will start in September 2021 at the Faculty of Sciences of the University of Montpellier to train executives, engineers and future researchers, who will be the driving force behind development and innovation in local and tropical companies in the Forest-Wood sector and research laboratories.

Read more … New Master in Wood Sciences at the Faculty of Sciences of the University of Montpellier, with a focus on tropical wood - ATIBT

Within the framework of the FLEGT-REDD, FLEGT-IP and FLEGT certification projects (financed respectively by the Fonds Français pour l'Environnement, the European Union and the PPECF), the Syndicat des Producteurs Industriels du Bois en Côte d'Ivoire (SPIB), the Union des Forestier et Industriels du Bois du Gabon (UFIGA) and ATIBT have commissioned the production of short films to raise awareness among stakeholders in the forest and timber sector on major issues involving the private sector.

Following the GLF Biodiversity’s One World - One Health online conference, during which the Sustainable Wildlife Management Programme ( SWM)  launched the White paper and Advisory Note entitled : “Build Back Better in a Post-Covid-19 world: Reducing future wildlife-borne spillover of disease to humans”, we are delighted to announce that the publications are now available in French.

Contribution Note of the DRC’s Environmental Civil Society Organizations to the Revision of the Nationally Determined Contribution (NDC), December 2020

Held as part of the United Nations Framework Convention on Climate Change (UNFCCC), COP21 resulted in the Paris Agreement, which was ratified by the Democratic Republic of Congo (DRC) in 2016.

In the small remote village of Dia, on the edge of Messok Dja, one of the last sanctuaries of forest elephants and great apes in the world, children had been out of school for over 4 years. In July 2016, Ezra and his friends celebrated the end of the school year. Little did they know it would be their last school year "No one dreamed that would be our last day of school!” He recalls.

The ENNEDI reserve or the birth of a protected area – APEF

With its creation being supported by the APEF Program and spearheaded by the APN, the Ennedi Natural and Cultural Reserve (ENCR) was officially created in February 2019. Managed since its creation by the African Parks Network (APN), the ENCR is Chad’s newest protected area. As it enters its third year of management, the balance sheet is quite positive for this reserve spanning 40,000 km² on the edge of the Sahara.

Since 2000, the Scimitar-horned Oryx, a species once scattered across North Africa, has been classified as "extinct in the wild" by the Red List of the International Union for the Conservation of Nature (IUCN).

A video produced by ITTO and Guatemala’s National Forest Institute shows how communities are developing forest-based businesses with legal and sustainable supply chains, including an enterprise making wood-based kitchenware and another creating novelty items using pine needles. The two ventures are increasing incomes along with support for sustainable forest management and inspiring others.

Join us for the CV4C webinar series: Achievements, reflections and food for thought

If you have an interest in forest monitoring and learning first-hand about how forests in the Congo basin are managed for conservation, nature, economic development and livelihoods then we’d like to invite you to a webinar series taking place from 22-26 February 2021 via Zoom marking the end of the Citizen Voice for Change (CV4C) project.

Read more … Join us for the CV4C webinar series: Achievements, reflections and food for thought

ATIBT CONGO : A new project with the support of the British cooperation - ATIBT

A contract to support private sector involvement in the FLEGT VPA process in the Republic of Congo was signed on January 12, 2021 between EFI (under FCDO funding) and ATIBT. With the aim of improving the sustainable management of its forest resources, the Republic of Congo embarked in 2008 on the negotiation of a FLEGT Voluntary Partnership Agreement (VPA) with the European Union. The agreement officially entered into force on 1 March 2013.

Read more … ATIBT CONGO : A new project with the support of the British cooperation - ATIBT

Gabon presents its ambitions for the timber industry through the “2021-2023 acceleration plan”. This plan aims to accelerate the diversification of Gabon's economy. The country's objective is to become the world leader in processed tropical wood. "We are already the leading producer of plywood in Africa. We can be by 2023 the leader of processed tropical wood in the world," said the Prime Minister on January 18, by presenting this development strategy.

SUMMARY: The Park was honored to host a visit by the Minister of Forest Economy, Ms Rosalie Matondo, and her delegation, to the Park’s HQ in Bomassa. During her visit, the Minister gained a better understanding of the challenges faced by biodiversity conservation and met with civil society in Bomassa....

December 29th 1990, Dzanga Sangha is declared a protected area. In 1980 the Ministry of the Environment of the Central African Republic asked Richard Carroll, (who at the moment was studying the ecology of the last of the black rhinos in the northern parks of the Country), to explore the forest region of Dzanga Sangha as a potential wildlife sanctuary for bongo and other fauna.

Looking for the positives - TFU

We bid farewell to 2020 with little regret—it has been an unusually difficult year for most, including in the tropical forest sector. But even in these grimmest of times, there is cause for optimism. With the UN Decade on Ecosystem Restoration upon us, the latest edition of the TFU presents stories about restoring and sustainably using forests. We look forward to 2021 in solidarity and hope.

BERLIN – At today's online Climate Adaptation Summit, Federal Chancellor Angela Merkel pledged 220 million euros for enhanced support for the least developed countries' efforts to adapt to climate change and for the expansion of climate insurance programmes. Part of the funding will be provided in the form of loans. The Climate Adaptation Summit serves to prepare COP26, which is to be held in Glasgow at the end of this year. The funding comes from the budget of the German Development Ministry.

UN Climate Change News, 16 December 2020 – The Executive Board of the Clean Development Mechanism (CDM) concluded its 108th meeting this Monday and agreed on temporary measures to apply to CDM activities generating emission reductions after 2020. These measures will be applied until the Conference of the Parties serving as the Meeting of the Parties to the Kyoto Protocol (CMP) provides needed guidance at its next meeting in Glasgow in November 2021.

Improving the monitoring of forest and landscape restoration in africa - AFR100

Meeting restoration targets requires a holistic system to track and document progress while consistently improving management practices. Tracking restoration will help governments, local communities and NGOs show the progress made on their commitments and scale up successful projects, and positive results will inspire donors to continue investing (WRI 2020).

This week Ursula von der Leyen signalled the EU’s desire to lead the world in the fight against global deforestation. But if the key drivers of deforestation aren’t addressed, progress will remain limited.

What is community forestry? - FERN

We use the term ‘community forestry’ as when “communities have the right to manage the forest resources upon which they depend, with a view to improving their living conditions.” This definition was agreed when Fern's partners met in 2014. Participants wanted to highlight that the term ‘community forestry’ refers to forest management by and from the point of view of communities.

China / UK, 8th January 2021—Customs officials in China and Laos met in a ground-breaking virtual forum to discuss the future measures both countries can take to combat illegal wildlife trafficking across their borders.