On 8 December 2020, the second edition of the special Civil Society College Day of the Congo Basin Forest Partnership (CBFP) was held at the Pullman Hotel in Kinshasa in the Democratic Republic of the Congo. Please download the press release... 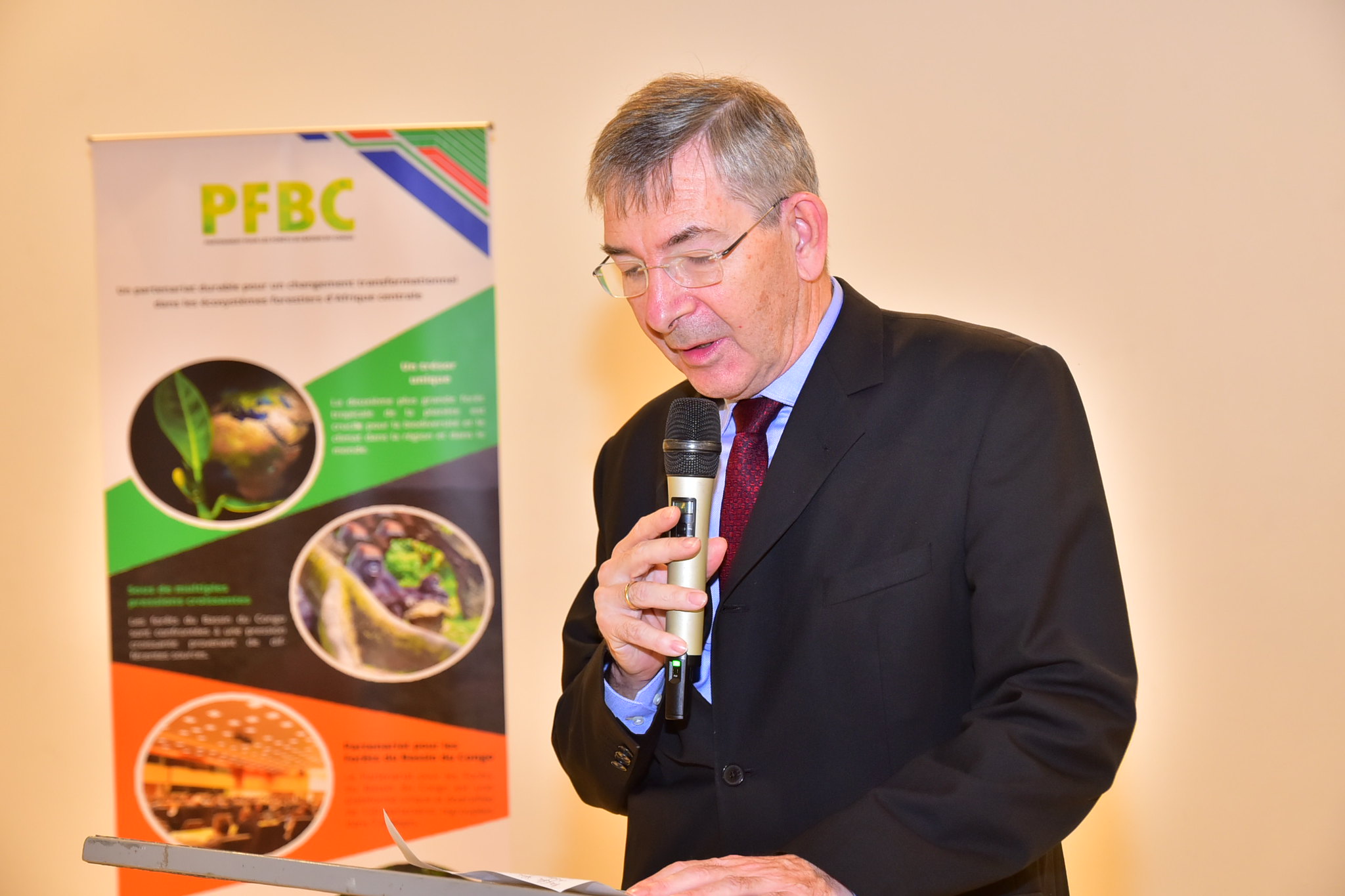 The event was hosted by the Leaders of the said College, namely, the Chairman of the Regional Steering Committee of the Conference on Ecosystems of Dense and Humid Forests of Central Africa (CEFDHAC), His Highness Honourable Louis Roger ESSOLA ETOA, and the Executive President of the Network of Civil Society organizations of the Central African Green Economy representing non-affiliated organizations (ROSCEVAC), Mr. Nicaise MOULOMBI, with the support of the CBFP Facilitation.

The day brought together close to forty participants who attended in person and others who joined by video conference, representing: the CBFP Facilitation, members of the Civil Society College and representatives of Pilot Initiatives implemented by the GIZ. 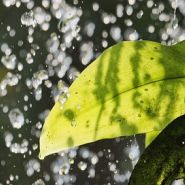 The ministerial meeting of the eighth special session of the African Ministerial Conference on the Environment (AMCEN) was held on 4 December 2020. In view of the evolving global situation with regard to the coronavirus disease (COVID-19) pandemic, the meeting was held online.

UN Climate Change News, 16 December 2020 – The Executive Board of the Clean Development Mechanism (CDM) concluded its 108th meeting this Monday and agreed on temporary measures to apply to CDM activities generating emission reductions after 2020. These measures will be applied until the Conference of the Parties serving as the Meeting of the Parties to the Kyoto Protocol (CMP) provides needed guidance at its next meeting in Glasgow in November 2021.

Improving the monitoring of forest and landscape restoration in africa - AFR100

Meeting restoration targets requires a holistic system to track and document progress while consistently improving management practices. Tracking restoration will help governments, local communities and NGOs show the progress made on their commitments and scale up successful projects, and positive results will inspire donors to continue investing (WRI 2020).

This week Ursula von der Leyen signalled the EU’s desire to lead the world in the fight against global deforestation. But if the key drivers of deforestation aren’t addressed, progress will remain limited.

What is community forestry? - FERN

We use the term ‘community forestry’ as when “communities have the right to manage the forest resources upon which they depend, with a view to improving their living conditions.” This definition was agreed when Fern's partners met in 2014. Participants wanted to highlight that the term ‘community forestry’ refers to forest management by and from the point of view of communities.

China / UK, 8th January 2021—Customs officials in China and Laos met in a ground-breaking virtual forum to discuss the future measures both countries can take to combat illegal wildlife trafficking across their borders.

Austria, Belgium, Denmark, the Republic of Korea, Latvia, the Netherlands, Norway, Spain, and Sweden have communicated their long-term low greenhouse gas (GHG) emission development strategies (LEDS) to the UNFCCC, bringing the total number of LEDS to 28. According to the Paris Agreement on climate change, “all Parties should strive to formulate and communicate long-term low greenhouse gas emission development strategies” to the UNFCCC by 2020.

The UN General Assembly adopted a resolution providing guidance to the UN Development System for the next four years. The 2020 Quadrennial Comprehensive Policy Review (QCPR) resolution lays out how the UN system should be helping countries implement the 2030 Agenda and respond to COVID-19.

After more than a decade of working toward qualifying for payments under the REDD+ (Reducing Emissions caused by Deforestation and Forest Degradation) scheme, Indonesia received its first results-based financial rewards last year.

The Sahel region's Great Green Wall Initiative received a major boost from the African Development Bank on Monday. During a forum hosted by French President Emmanuel Macron and His Royal Highness the Prince of Wales, the Bank pledged to assist in mobilising up to $6.5 billion over five years, to advance the landmark initiative.

BEIJING - China will do everything within its means to promote international cooperation and inject its strength into global development, according to a white paper issued Sunday.

African Development Bank President Akinwumi A. Adesina has been announced as a champion of Africa’s Great Green Wall (GGW) initiative. The appointment was made at a forum held in the margins of the One Planet Summit 2021 to mobilise support for the ambitious project to plant an 8,000 km swathe of trees and other vegetation across the Sahara and Sahel regions of Africa.

Washington, D.C. (December 16, 2020) – Recognizing the Adaptation Fund’s tangible and effective adaptation actions on the ground for the most vulnerable and its growing portfolio of work, several contributor governments came forward with new pledges to the Fund totaling nearly US$ 116 million.

Millions of poor farmers living in the world’s most climate-impacted parts of the Sahel have cause for hope today because of their governments’ support for accelerating Africa’s Great Green Wall (GGW), an area covering 11 countries from Senegal and Mali in the West to Ethiopia and Djibouti in the East.  A new investment programme is planned to support Sahelian governments through a partnership between the Green Climate Fund (GCF) and the International Fund for Agricultural Development (IFAD) in order to boost climate finance for these rural populations.

The ambitious Great Green Wall for the Sahel and Sahara Initiative has received at least 14.326 billion United States Dollars in new funding. The funding will fast track efforts to restore degrading land, save biological diversity as well as create green jobs and build resilience of the Sahelian people. Emmanuel Macron, President of France, made the announcement at the just concluded One Planet Summit for Biodiversity on 11 January 2021, co-organized by France, the United Nations and World Bank.

New paper: Land resources opportunities for a growing prosperity in the Sahel- UNCCD

The negative image of the Sahel is a stranglehold on the great potential for development in the region. A more balanced narrative can trigger action for a productive Sahel and can be based on innovative approaches and a conducive policy environment to value natural resources.

On 21 December, 2020. the UN General Assembly (UNGA) has adopted a resolution on the UN Convention to Combat Desertification (UNCCD), forwarded for consideration by its Second Committee (Economic and Financial) at the conclusion of its session in December.

Executive Secretary of the UN Convention to Combat Desertification Ibrahim Thiaw welcomes the announcement that the Government of Canada is set to invest up to 55 million Canadian dollars in the Land Degradation Neutrality (LDN) Fund. The Fund supports private sector projects in developing countries that use sustainable land management techniques to restore degraded ecosystems and adapt to green economies.

This publication outlines the GEF’s response to the COVID-19 pandemic and provides a snapshot of progress toward operational goals, and in support of enhanced fiduciary oversight and safeguards of environmental projects.

Putting traditional knowledge to work for the planet -GEF7

GEF-convened civil society consultations focused on the need to prioritize voices of indigenous peoples and to integrate traditional knowledge into efforts to conserve biodiversity, address climate change, and combat other threats.

In collaboration with the Forest is life scientific team from the Faculty Gembloux Agro-Bio Tech (University of Liège), Nature + published at the end of 2020 a book entitled "Development and implementation of a management plan de la fauna - Technical guide for managers of production forests in Central Africa ”.

Engaging with the private sector for greater impact – thegef

Since the landmark Paris Agreement of 2015, there has been a dramatic increase in private sector interest and action related to climate change. In just five years, hundreds of companies have set targets to reach net-zero greenhouse gas emissions by 2050 and have outlined science-informed plans to achieve them.

The bold plan to save Africa's largest forest – BBC

The Congo Basin contains the world's second-largest rainforest, crucial for regulating the world's climate. Inside it, a plan to halt the forest's decline is bearing fruit.

CBFP Meeting - GIZ Side event: "Experiences of taking into account human rights in the processes of sustainable management of forests and protected areas in the COMIFAC area".

Organized on the sidelines of the 8th Meeting of the CBFP's Governing Council, the Side Event on "Experiences in taking into account human rights in the processes of sustainable management of forests and protected areas in the COMIFAC area" was an appropriate opportunity for the different programs, projects and non-governmental organizations involved in biodiversity conservation activities and protection of indigenous heritage, including REPALEAC, GIZ-BGF, GIZ-COMIFAC and GIZ-COMIFAC-BSB-Yamoussa to share success stories, key challenges and work sites they are facing.

Read more … CBFP Meeting - GIZ Side event: "Experiences of taking into account human rights in the processes of sustainable management of forests and protected areas in the COMIFAC area".

Here, we describe how the crisis creates a perfect storm of reduced funding, restrictions on the operations of conservation agencies, and elevated human threats to nature. We identify the immediate steps necessary to address these challenges and support ongoing conservation efforts.

The Facilitator of the Federal Republic of Germany of the CBFP, Honorable Dr Christian Ruck wishes you the best for the year 2021!

In this festive season at the end of the year 2020, we are pleased to get back to you to express our appreciation, because from our interactions during this year 2020 that is drawing to a close, we have benefited from your diverse and rich contributions and proactive engagements that have enriched and enhanced our joint partnership. Together, we have moved forward and the successful implementation of the CBFP meetings in Kinshasa has confirmed this conviction. This is our joint success! Together, we have moved forward! Together, we have raised the standard of the Congo Basin and its peripheries.

Read more … The Facilitator of the Federal Republic of Germany of the CBFP, Honorable Dr Christian Ruck wishes you the best for the year 2021!

Chad: renewed clashes between herders and farmers leave 11 dead in the South - koaci

Side event ICCN-GIZ: Community conservation as a solution to the sustainability of conservation and local development actions: Standard-setting tools for PA management, the experience of ICCAs in the DRC

Read more … Side event ICCN-GIZ: Community conservation as a solution to the sustainability of conservation and local development actions: Standard-setting tools for PA management, the experience of ICCAs in the DRC

Achievements in 2020 and prospects – 17th Board Meeting– CAFI

For the third time this year, over 80 people - donors, partner countries, agencies and technical experts – met online from November 9 to 13 for CAFI’s 17th Board meeting. Assessing progress and charting a path towards a new phase for CAFI phas...

Read more … Achievements in 2020 and prospects – 17th Board Meeting– CAFI

Convened by the Cameroon Minister of Forests and Wildlife, Acting Chairman of the Central African Forests Commission (COMIFAC), with the support of the Federal Republic of Germany, Facilitator of the Congo Basin Forest Partnership (CBFP), an extraordinary session of the Council of Forestry and Environment Ministers of the COMIFAC member countries was held on 10 December 2020 in Kinshasa in the Democratic Republic of Congo, in the wings of the 8th CBFP Council meeting.