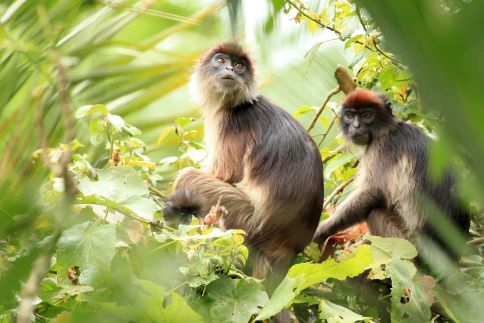 About Us: Overview, Key Figures, Highlights

The Congo Basin Forest Partnership (CBFP) was launched by former US Secretary of State Colin Powell at the World Summit on Sustainable Development in Johannesburg in 2002 as a non-binding partnership registered with the United Nations Commission on Sustainable Development. It brings together about 97 partners, including African countries, donor countries and donors, international organizations, NGOs, representatives of research institutions and the private sector.

The CBFP works closely with the Central African Forest Commission (COMIFAC), the regional body responsible for the orientation and harmonization of forest and environmental policies, in the interest of promoting the conservation and sustainable management of the forest ecosystems of the Congo Basin.

The CBFP was initially facilitated by the United States from 2003 to 2004, France from 2005 to 2007, Germany from 2008 to 2010 and Canada from 2010 to 12, the United States from 2013 to 2015. The Facilitation is provided by the European Union for the period 2016-2017. The members of the Partnership meet once a year to coordinate their priority activities, propose actions on emerging issues and share information with partners and networks active in the region.

CBFP at a glance

Brief Note on the History of the CBFP