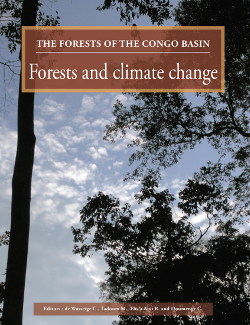 Full Report: State of the Forest 2015

The 2015 edition of the State of the Forests of the Congo Basin is a number issued specifically for the 21th Conference of Parties in Paris. Indeed, it is envisaged that during the conference a global climate agreement could be reached by the internationl community.

To support their participation in the Conference, the countries of the COMIFAC had planned several activities during the year 2015. Among these activities, it was decided to publish a special report on forests and climate change in Central Africa. This report comes thus to support for the negotiations in Paris and focuses on the role of the rain forest in mitigating climate change and the impacts of these changes on the adaptation of populations and ecosystems in Central Africa.

This special report has benefited from a major financial support of the European Union, the Center for International Forestry Research (CIFOR) and the French Development Agency (AFD). The Coordination of the redaction has been entrusted to the Executive Secretariat of COMIFAC and OFAC with support from CIFOR and CIRAD. More than thirty authors have participated in the drafting of the six chapters that make up this report.